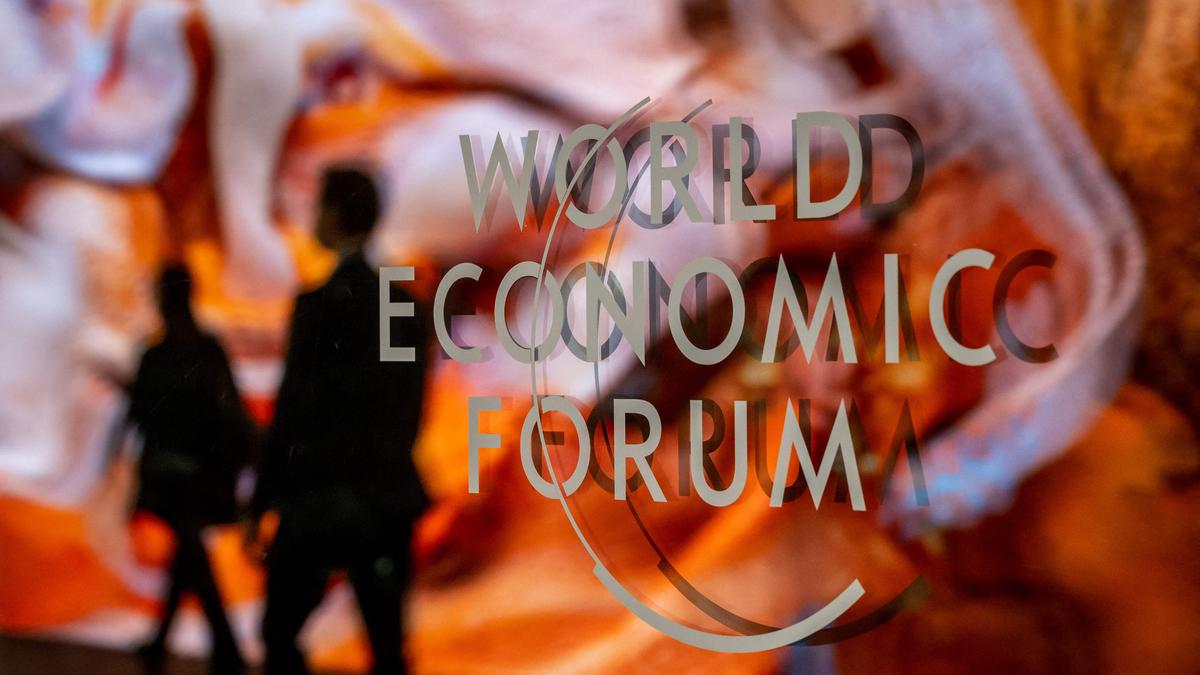 A photograph shows a sign of the World Economic Forum (WEF) at the Congress centre on the opening day of the World Economic Forum (WEF) annual meeting in Davos on January 16, 2023. The world’s political and business elites gather for the annual Davos summit to promote “cooperation in a fragmented world”, with the war in Ukraine, the climate crisis, and global trade tensions high on the agenda.
| Photo Credit: AFP

The World Economic Forum (WEF) returned to Davos for its first winter session in three years with high expectations. Record numbers of government officials and business leaders were expected at the elite annual affair.

However, the shadow of impending recession hung over the snow-covered Swiss ski resort as two surveys warned of trouble ahead for businesses and governments in 2023.

A survey of CEO attitudes by PwC was the gloomiest since the “Big Four” auditor launched the poll a decade ago, marking a significant shift from optimistic outlooks in 2021 and 2022.

Davos attendees told Reuters that few sectors expect to be immune from the impending storm clouds.

South Africa’s president Cyril Ramaphosa pulled out of the event, saying he had to stay at home to address an ongoing energy crisis.

The status of Swedish climate activist Greta Thunberg’s attendance at Davos is a hot topic of conversation. Already, a Thunberg-sponsored “cease and desist” campaign is gaining steam on social media with accusations that the oil firms have hijacked the climate debate.

Manchester United Football Club set out a dazzling shop front on the Davos high street but insisted its lounge was to entertain clients and partners rather than to attract buyers.

In November, the club said it was looking at options to either get new investment or explore a potential sale, 17 years after the Glazer family bought the 20-time top-flight champions.

Formal goalkeeper Peter Schmeichel and CEO Richard Arnold will host a nightcap for guests on Tuesday with canapes and a specialty “red devil” cocktail. United’s executive co-chairman Avram Glazer, a Davos regular, is expected to arrive later this week.

Idris and Sabrina Elba are one of the recipients of this year’s prestigious Crystal Awards.

In an address on Monday, the Elbas focused on the plight of small-scale farmers without access to the resources they need and yet produce a third of the planet’s food.

“We are here at Davos to highlight the people and countries who are not making the headlines as much as my husband,” said Sabrina Dhowre Elba, looking at her partner.